In pre-perihelion pictures there is a very distinctive line of three boulders visible when this area is lit and identifiable from different directions and angles. I have likened these three boulders to the Orion's Belt. Thus this region of Anuket, I believe, should be called Sah - the ancient Egyptian name for the constellation of Orion. Note that only after Philae landing, in early 2015, was this area visible enough, and the pre-perihelion images are NavCam images form 30 Km or so distant. When OSIRIS images of this time are past their embargo period (embargo period should be at most a year, so they are LATE), many more details of these changes will emerge in this Sah region of Anuket.

The changes were flagged in a previous post, but with the help of A. Cooper, the precise movement has been deducted from fiduciary points. Note that in no way can this change be interpreted as "erosion". There has to have been underlying expansion/stretch and the surface is moving in sympathy. Thus dust and gas emanating from this region is from below the surface, and is leaving the surface intact and below surface lateral movements (ie. Stretch) is dragging surface features laterally also.

The images are in sets of two, the first pre perihelion, the second after. The topmost Boulder of the three, as well as a feature dotted in purple move considerably to the right, away from the other two boulders. A line of small yellow dots shows that the top Boulder and purple marked feature move in a synchronised fashion, the distance between them constant. 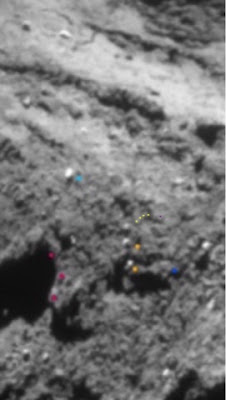 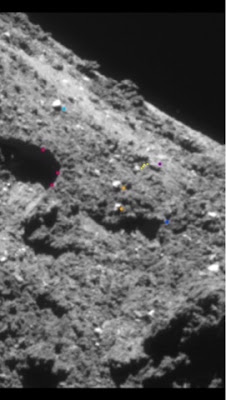 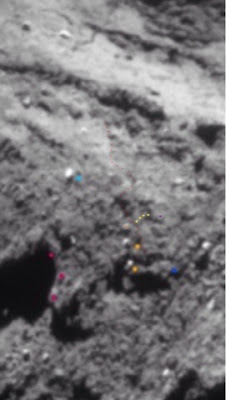 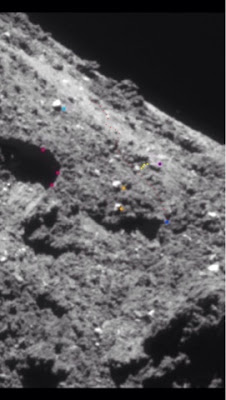 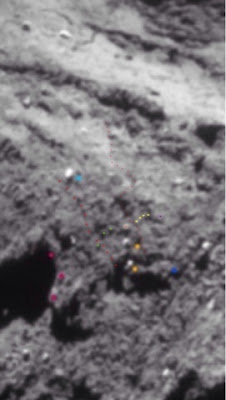 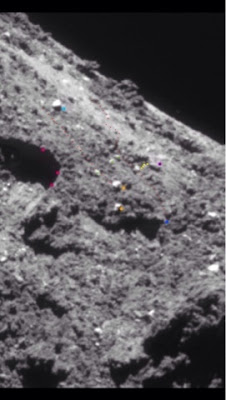 Following is the original un-annotated Navcam image for the pre-perihelion screenshots. It was Taken on the 15th of January 2015. I have screenshot the technical details of the image also. 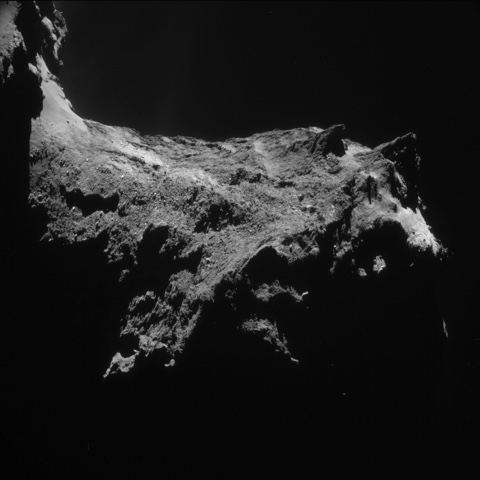 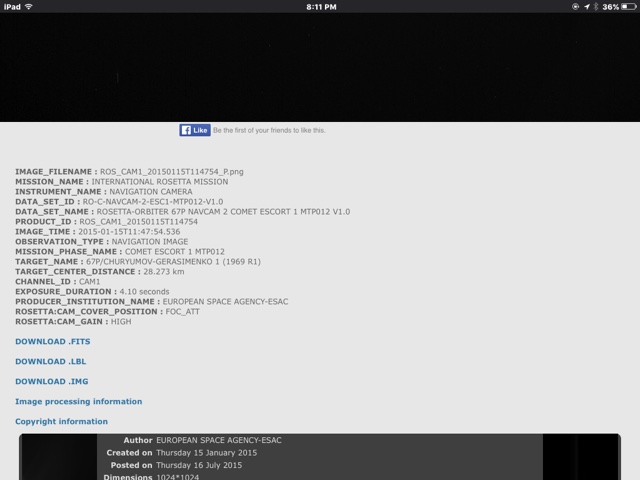 Copyright ESA/Rosetta/NAVCAM – CC BY-SA IGO 3.0
To view a copy of this licence please visit:
http://creativecommons.org/licenses/by-sa/3.0/igo/
All dotted annotations by Marco Parigi and A. Cooper
Posted by Marco Parigi at 8:54 am