We thought long and hard about sending you this email, because we like to promote the idea that our individual actions make a difference. But we have to be honest about the Government's current climate policy.

Under their current proposal, action you take at home to reduce energy - like changing to efficient light bulbs and appliances or installing solar hot water - will not reduce Australia's total greenhouse emissions further than the Government's weak target of 5-15%. It will even make it cheaper for industry to increase their own emissions.


I may have got into this in detail in my other posts, but I think I am hearing the penny drop for climate activists. I reiterate what I said in other posts, that individual actions, even without the Rudd proposal mentioned above, do not proportionally reduce overall emmissions, because of the rebound effect and that individual actions tend to absolve guilt without being optimised for a nation-wide reduction of any amount.

However, like with water allocations, reducing carbon emmissions further comes down to a simple buying of emmission allocations, and then not using them. It actually sounds simpler than worrying about whether your net emmissions are going up because you use the money you saved on electricity to buy toys for your kids (WHICH ONE IS MORE CARBON INTENSIVE???) I think that in a decade, if the Murray floods again, and the Government has bought all these water allocations, it could make a mint selling them again.
Posted by Marco Parigi at 4:33 pm 3 comments:

I am still trying to make a reply to Anonymous's comment

A much more robust and satsifying system than American or Australian 'democracy' with a proven ability to function in a multicultural environment. referring to the very democratic Swiss model.

The recent Australian stimulus package wrangle was a case in point. With the Swiss model they would be wrangling longer, and come up with a worse "populist" decision in the end anyway. The Australian senate is unequalled in both investigating policy and in coming up with appropriate amendments quickly.
Posted by Marco Parigi at 8:55 am 4 comments:

It is not enough to grow trees one must also sequester!

The trouble with letting wilderness grow untouched by humankind is that sooner or later, it is going to burn (Not if you are in a rainforest). What is the point of growing trees to capture carbon, wilderness areas to encourage wildlife when it's going to eventually burn, sending uncontrolled black carbon and carbon dioxide into the air and killing vast swathes of native wildlife. Why not graze away the underbush with suitable farm animals, sequester large swathes of trees (eg. turn it into furniture, etc.) to make fire breaks, and contract Australia's army to make choices on various risk-reduction controls to take it out of the hands of NIMBY-minded councils and state governments.
Posted by Marco Parigi at 10:10 pm 6 comments:

What better time is there than RIGHT NOW to buy off (by buying their water allocations) farmers in the Murray-Darling. The most likely thing that they will do with their windfall is to move to somewhere more sensible, like the Burdekin, Atherton Tablelands or N.T. farming areas, bringing their farming experience, and getting cheaper water allocations, and lower fire risks.
Posted by Marco Parigi at 7:16 am 1 comment:

Pretty ordinary day, other than delivering your own child in the delivery-ward shower before breakfast. 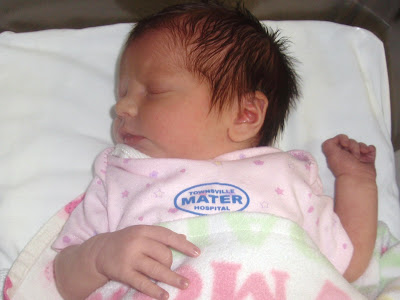 Dry and warm at last