The 67P C-P change concerned is documented by the ESA here http://sci.esa.int/rosetta/58915-comet-changes-new-fracture-and-boulder-movement-in-anuket/

The Boulder movement concerned was, however, first documented in this blog here http://marcoparigi.blogspot.co.uk/2016/06/anuket-near-crack-changes.html?m=1

This resulted in a lively discussion on the Rosetta Blog regarding the veracity of the observed change, and a detailed photographic demonstration of the move in another blog here

With newly released OSIRIS images released for July and August 2015, detailed analysis shows that an Imhotep style slump occurred centred near the Anuket crack, expanding in a roughly circular direction, and was roughly 5 m deep. Through July, the expanding slump is shown to have reached the Western most boulder, but not as far as the other two boulders of the visible triad. Images get blurrier as Rosetta needed to move further away as perihelion progressed into August 2015. However, the moving ridge front of the circular arc makes a distinct shadow, and the late July 2015 images show the slump to have moved past the boulder, toppling it down the 5m slump and causing it to slide or roll a further 15m or so in a Westerly direction relative to nearby fiduciary points.

The resultant slump is visible in the post perihelion pictures here, http://sci.esa.int/science-e-media/img/23/ESA_Rosetta_CometChanges_FractureBoulder.jpg 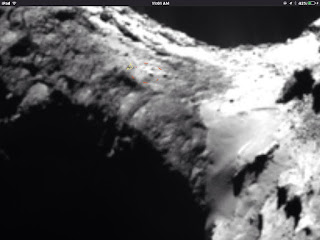 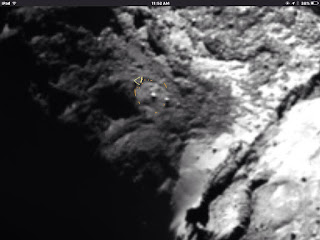 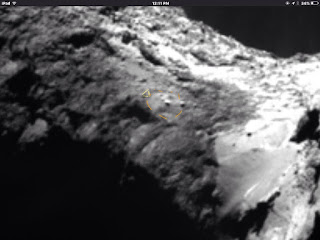 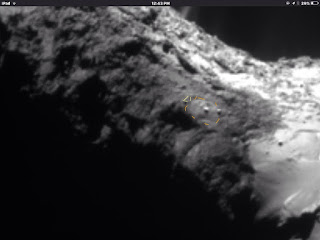 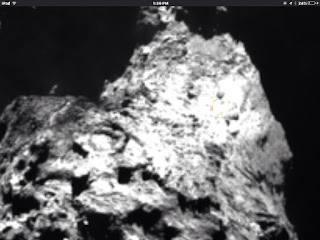 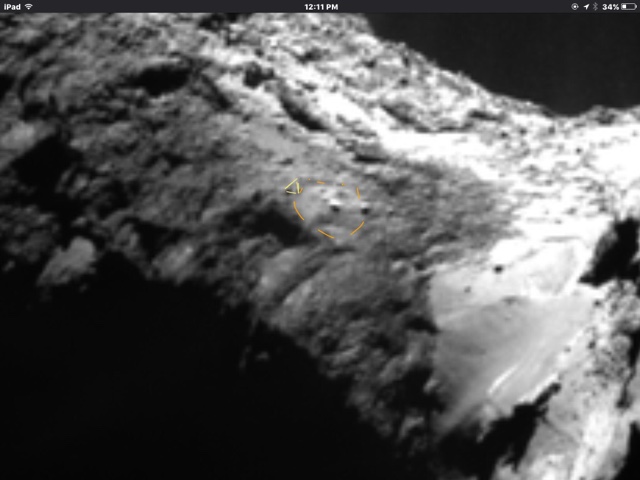 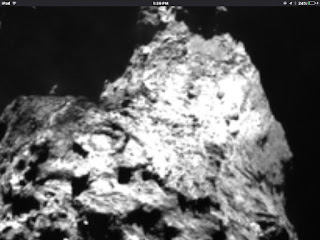 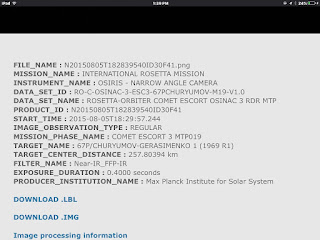 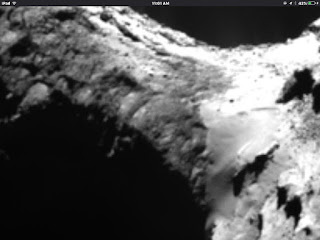 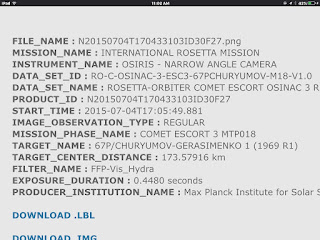 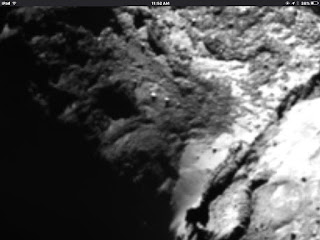 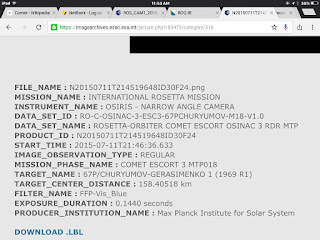 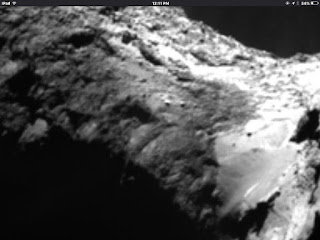 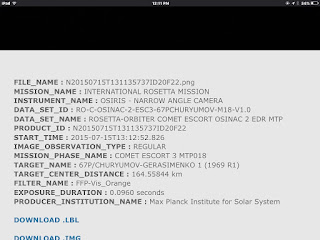 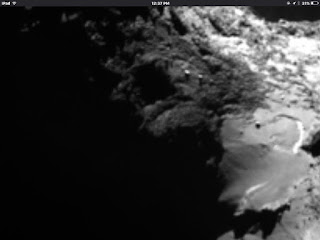 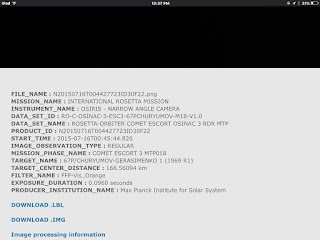 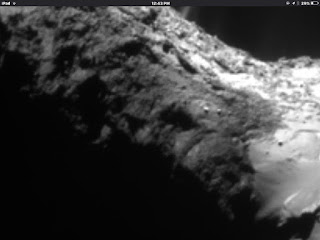 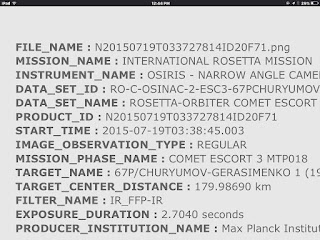 Posted by Marco Parigi at 9:58 pm No comments: