I am not one to willingly learn from someone else's work, and use my position of privilege to twist things around to claim it as my own. However, that is a very regular occurrence in Theoretical Physics (among other sciences and all sorts of non-science endeavours).

I am very interested in the origins of ideas, but more importantly in emerging ideas that are a new revelation of truth (or at least an insight with great utility). When many people share ideas on Theoretical Physics, there are many ways to twist them around, and the people who benefit are the people in privilege - Well connected, well funded, authoritative and almost always male. I am not one of those males.

In fact, theoretical physics isn't really my thing (I'm more into comets and the origin of life), but in the last year or so, I have found many great things authored in theoretical physics, with great insights and they are, by and large, outside and contradicted by the mainstream.

These new insights, put together, are even greater in scope with that of Quantum Mechanics and Relativity, and are likely to result in a new physics revolution.

Who should get the credit for these new discoveries in physics? Knowing his-story it will be the male with the most bluster and with the finger in the most pies that can wrest the credit away from the rightful author just when the final bit of proof is authored.

However, with ubiquitous technology that can store and date the text of online conversations, tracing back prior art is something even an amateur like me can take part in.

I first met Marni Dee Sheppeard on Twitter when she made a point of outing a male physicist protagonist with a clever insight outside of the mainstream. This male physicist would list followers that were brave to speak against the mainstream and in favour of his own brand of physics. They just happened to be all male, and without creative ideas of their own to offer on theoretical physics. Marni was definitely brave to speak out both against the mainstream, but also with her own brave creative ideas.

My conclusion is that Marni's ideas have more of the pieces of the puzzle correct that will lead to a new revelation of truth. Additionally, in tracing back the origin of these pieces, there is good evidence that they are attributable to her, and that she has more of the pieces enough to complete the work she has started - *If she is given the chance*.

So.. I don't really have any power in this situation, and my hope is that attribution will flow given the evidence of prior art, to the rightful author(s). Whether the historical papers that prove attribution are peer reviewed or not is immaterial. What is important is that they are recognised as reliable science, and confirmed to be legitimate original manuscripts.

That being the case, if the formulation of Quantum Gravity of Marni Sheppeard is found to have the most utility as a Grand Unified Theory, then Marni should get the credit for having thought of it, regardless of her lack of privilege.
Posted by Marco Parigi at 2:23 pm No comments:


Marni's work on (motivic) quantum gravity is quite revolutionary in physics.

An interesting revelation for me was the realisation that the conservation of conservation laws across all of space and time can only be explained via Noether's theorem. Every conservation law has a symmetry. In this case the symmetry is between the Neutrino and the maximally non-local mirror on the CMB.

Whereas the braid terminology is used by Quantum Gravity, I like to have a visual geometric concatenation in forming other basic particles from a spinning neutrino. 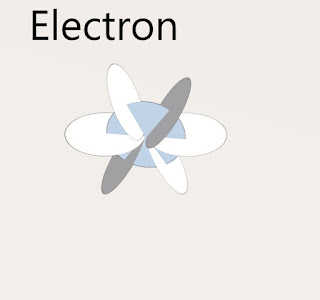 A spinning Neutrino itself, is a natural explanation of a photon, as there is a 1:1 correspondence between the wavelength and the frequency of spin. 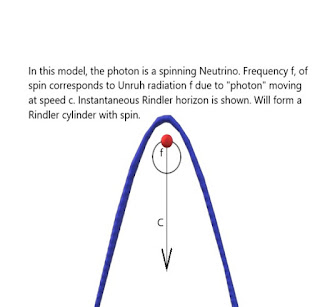 Quantum Localization and the Sterile Neutrino
http://vixra.org/abs/1902.0471
Posted by Marco Parigi at 2:43 pm No comments: